The city of Norwich is a longstanding member of the international organisation ‘Mayors for Peace’ which was founded in Japan in 1982. It encourages cities across the world to come together to raise awareness of the work being done to negotiate an end to nuclear weapons and promote world peace.

Today there are over 7000 member cities in 163 countries, and Norwich is one of 81 cities in the UK to have pledged its support. 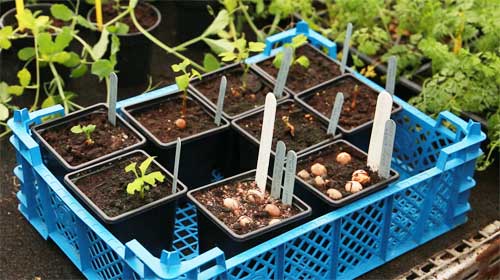 Through the Mayors for Peace programme, Norwich City Council has been gifted seeds from a Ginkgo tree that survived the 1945 atomic bombing of Japan.

These ‘Trees for Peace’ are to be germinated, grown and planted in central locations, where people can gather to consider peace.

The city council asked horticulture students at Easton College to help germinate the seeds, feeling it would be a good experience for them to work with these unique trees and learn the history behind the project and the Mayors for Peace programme.

Norwich has a history of being a welcoming city – from the ‘strangers’ who arrived here in the sixteenth century, to those fleeing conflict in more recent years. So planting a ‘survivor tree’ as a symbol of peace was welcomed by the Lord Mayor and the council. 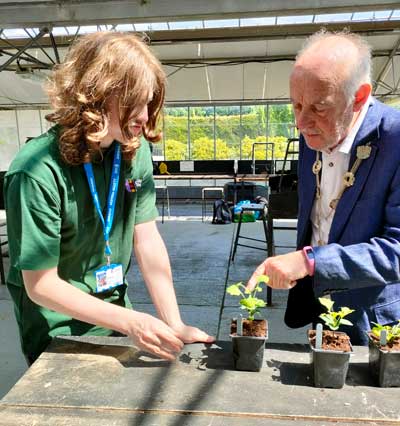 Ginkgo Biloba, or maidenhair trees, originated in China and are the last living member of a family of trees known as Ginkgoales. They are sometimes known as a living fossil, with similar trees originating 300 million years ago.

Ginkgo are large trees that can grow to heights well in excess of 100ft and live for hundreds of years. They bear edible fruit and their leaves and seeds are used in traditional Chinese medicine.

The seeds that have been germinated by the students at Easton College come from a Hibuka tree, called the mother tree, that stands in the Shukkeien Garden in Hiroshima, 1,370m from the hypocentre of the atomic bomb, and is thought to be more than 200 years old.

To find out more

Amy Arthur, a film student at City College Norwich, has made a short film about the Trees for Peace project.

You can read more about the project in our Trees for Peace news story.