Norwich’s War Memorial stands proudly in the heart of the city and is the centrepiece for remembrance services and events. 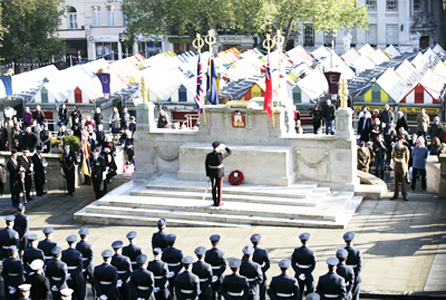 During a £2.6m refurbishment of both the memorial and adjoining gardens, the memorial was turned round and now faces St Peter’s Street and City Hall.

Designed by Sir Edward Lutyens, it was originally situated at the eastern end of The Guildhall when it was unveiled in 1927. It was relocated to the newly-built memorial gardens when they were opened in 1938.

As the memorial was not large enough to contain the 3,544 names of the men from Norwich who lost their lives in World War I, it was decided that Lutyens should also design a Roll of Honour to be made of oak panels on which the names would be painted. The result was a unique memorial which was located in the Keep at Norwich Castle. Since then it has been fully conserved and relocated to the main foyer in City Hall.

By 2004 the memorial was in urgent need of repair and the memorial gardens were closed to the public. NPS Architectural Group was commissioned to refurbish and repair the memorial and gardens and in accordance with the long-held wishes of the veterans, the memorial was turned to face City Hall to allow them to parade more easily on days of commemoration.

A companion piece to Lutyen’s memorial was commissioned and Canadian artist Paul de Monchaux created ‘Breath’ to commemorate all victims of war and promote peace. This is situated directly behind the memorial and facing Norwich Market.

Amid emotional scenes the memorial was rededicated on 11 November 2010.

Two caskets of copper and zinc were embedded in the war memorial. It was known the copper one contained a list of the fallen from Norwich in World War I. The contents of the zinc casket remain a mystery, as a decision was taken not to open it as this was considered inappropriate.

Visit the following websites for more information about war memorials: