Viewing the Roll of Honour

The Roll of honour is not available to the public while City Hall is closed, due to the pandemic. We will update this page when the situation changes. 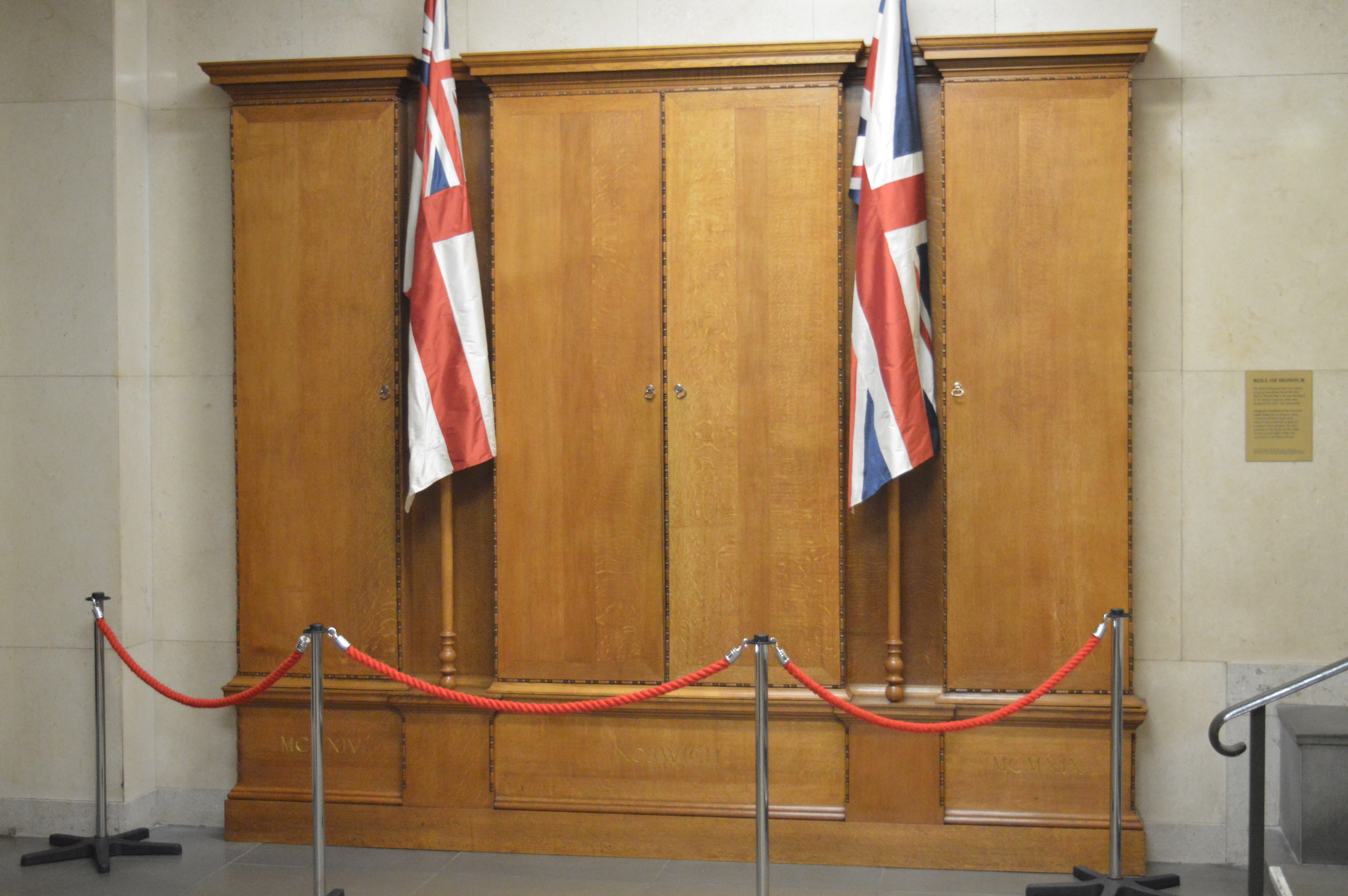 The Norwich Roll of Honour lists the names of 3,544 men from Norwich who died in World War I. It was designed by Sir Edwin Lutyens, who also designed the war memorial in St Peter’s Street.

As the memorial was not large enough to contain so many names, it was decided that Lutyens should also design a Roll of Honour to be made of oak panels on which the names would be painted. The result was a unique memorial; there are no other Rolls of Honour anywhere in the country like it.

It was originally installed in the Norwich Castle Keep on 13 January 1931 without ceremony and with some embarrassment about the time it had taken to get it ready. The War Memorial Committee had decided that the first Roll of Honour looked unfinished and not fit for display, so alterations were made to improve the quality of the panels. As Lutyens had exceeded the agreed budget of £500, he waived his fee and paid the difference himself.

However, the panels have suffered structural damage and work needs to be carried out to ensure whenever it is accessed in the future, however carefully, no further damage is caused.

Now, thanks to a project involving Norwich City Council, Norfolk Museums & Archaeology Service and The Norwich War Memorial Trust, it is fully restored and has moved from the Castle Keep to City Hall.

It was unveiled in November which coincided with the time of remembrance and marking the centenary of 1916, a pivotal year in World War I. The Roll of Honour can be found in the main foyer (on the left side as you enter City Hall) and viewings will be on a pre-booked basis.

Visit the following websites for more information about war memorials and World War 1: